The Swiss Government’s public notice for sharing of details with India about Swiss bank accounts and other financial assets of Kuldeep Bishnoi and his wife Renuka is linked to the income raids in July last year on the premises connected with the Congress leader.

Soon after the raids that were conducted at 13 premises in Haryana, Delhi and Himachal Pradesh, the Central Board of Direct Taxes (CBDT) had revealed that the I-T investigations had “successfully lifted the mask and has detected undisclosed foreign assets of the said persons of more than Rs 200 crore, apart from domestic tax evasion of more than Rs 30 crore which may, inter alia, lead to severe criminal consequences under the Black Money Act, 2015, apart from action under the Income Tax Act, 1961.”

The I-T raids had come close on the heels of the Lok Sabha poll last year in which Bishnoi’s son Bhavya Bishnoi was pitched in a high-profile electoral battle against Brijendra Singh of the BJP and Dushyant Chautala of the JJP. The BJP eventually won that election by a comfortable margin while Bhavya Bishnoi had finished third after Dushyant. 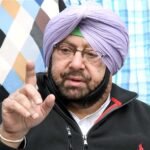