The Meteorological Department has issued a yellow warning of heavy rain and snow at isolated places in mid and high hills and a thunderstorm, lightning and hailstorm in plain areas and low hills in Himachal Pradesh on January 24.

Heavy rain and snowfall are likely in Chamba, Kangra, Mandi, Kullu, Shimla, Lahaul and Spiti and Kinnaur districts, it said. It also predicted light to moderate rain in low hills and light to moderate snowfall in mid and high hills for the next four days till January 25.

On Saturday, light to moderate precipitation occurred at most of the places in the state. Bharmour received 16 mm of rain, followed by Jogindernagar (15 mm), Palampur and Tinder (14 mm each), Dharamsala (13 mm), Bhoranj, Nadaun, Guler, Dehra, Banjar (12 mm each), Nalagarh (11 mm) and Sujanpur Tira, Bharari, Baijnath and Tissa (10 mm each), the MeT office said.

The occupancy in hotels in capital Shimla has risen to about 70 per cent, said M K Seth, president of the Tourism Industry Stakeholders Association.

The tourism industry and apple growers are pinning hope on frequent spells of snowfall for a better season.

With frequent wet spells in the past week, the rain deficit in the state in the current winter season from January 1 to 21 has reduced to 44 per cent and farmers in rain-fed areas have heaved a sigh of relief 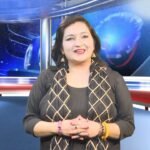