Prime Minister Narendra Modi’s mother Heeraben Modi passed away at the age of 100.

In a heartfelt note, the prime minister wrote, “In Maa I have always felt that trinity, which contains the journey of an ascetic, the symbol of a selfless Karmayogi and a life committed to values.”

In another tweet, the prime minister wrote, “When I met her on her 100th birthday, she said one thing, which is always remembered that is work with intelligence, live life with purity.”

Heeraben, also called Heeraba, use to live at Raysan village near Gandhinagar city with PM Modi’s younger brother Pankaj Modi. The prime minister use to regularly visit Raysan to spend time with her during most of his Gujarat visits.

She was admitted to the super-specialty UN Mehta Institute of Cardiology and Research Centre on Wednesday morning due to some health issues. The hospital authorities on Thursday had said that her condition was improving. The Gujarat Chief Minister’s Office (CMO) too in a statement had said that said that Heeraben would be discharged soon. Earlier on Thursday, people of ‘Dharmayatra Mahasangh’ in Gujarat’s Vadodara offered prayers at the temple and chanted ‘Maha Mrityunjaya Mantra’ for the ‘good health’ of PM Modi’s mother. Earlier in the day, Shri Badrinath-Kedarnath temple committee also offered prayers for the speedy recovery of Heeraben.

Meanwhile, PM Modi, who was scheduled to embark on a visit to West Bengal to launch the developmental projects, may join the events through video conferencing, news agency ANI has reported citing sources. According to sources, PM Modi has left for Ahmedabad.

“PM Modi has left for Ahmedabad, flagging off of Vande Bharat train in Howrah, Kolkata & other developmental works of railways and under Namami Gange & meeting of National Ganga Council to be held as per plan. PM Modi may join through Video Conference,” sources said.

In a tweet, he wrote, “Deeply saddened by the passing away of Hon’ble Prime Minister Shri Narendrabhai Modi’s mother Pujya Hiraba. Pujya Hiraba was an epitome of generosity, simplicity, hard work and high values of life. I pray that God rest his soul in peace.”

Union Minister Rajnath Singh also expresses condolences and wrote, “I am deeply pained by the passing away of Hira Ba, mother of Prime Minister Shri narendramodi. The death of a mother leaves such a void in one’s life that is impossible to fill. I express my condolences to the Prime Minister and his entire family in this hour of grief. Om Shanti!”

Home Minister Amit Shah expressed grief over the demise of Heeraben Modi and said that pain of losing a mother is undoubtedly the biggest pain in the world.

“It is very sad to know about the demise of the Prime Minister ji’s respected Mataji Hira Ba. Mother is the first friend and teacher of a person’s life, the pain of losing whom is undoubtedly the biggest pain in the world, the Home minister tweeted. 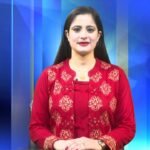